Under 8s extend their unbeaten run in consigning their mothers to a record defeat!

In the annual battle between the Under 8 boys and their mothers, the boys reigned triumphant this year with a 17-12 victory! 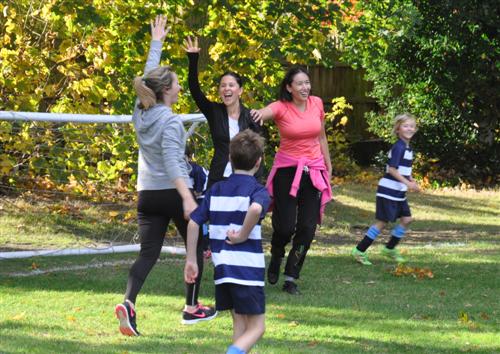 A compelling and competitive affair was fought out between mothers and sons on a beautiful autumn afternoon here at Papplewick. The mums joined the boys for a pre-match meal before heading for coffee and cake with Mrs Bunbury to discuss formations and tactics or perhaps just for a little caffeine boost before the big event! The mums were split into four 5 a side teams to fight it out against 4 teams of boys. There were four 10 minute matches, with each team of mums playing each team of boys. This gave every boy the chance to face his mum. The scores from each game were added together to give a grand total for each side. 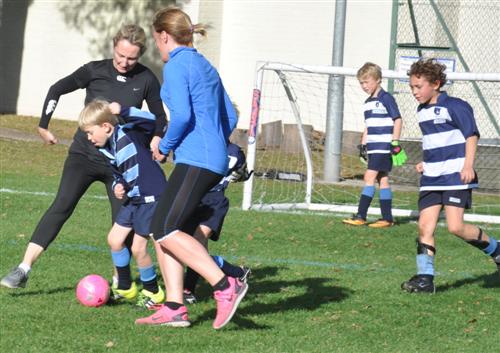 The mums started the afternoon in strong fashion - winning a couple of their opening games and grabbing a couple of draws too. Mrs Spencer and Mrs Dodwell Bennett in particular were impressive between the posts, keeping the boys at bay. Mrs Newell was a genuine threat going forward too, managing to grab a couple of goals with ruthless finishing! At the halfway point the scores were tight - 10-9 in favour of the boys. 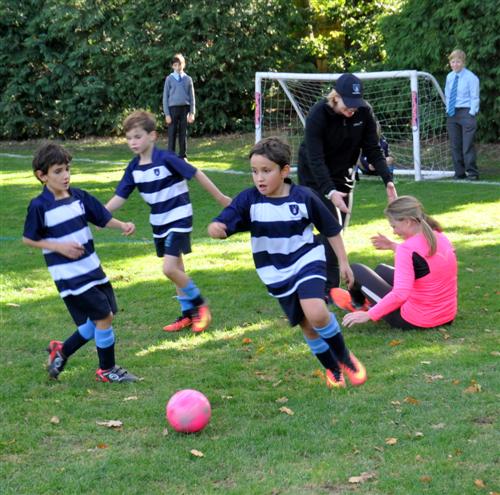 It was set up for a grand finale. Unfortunately for the mums it did not quite turn out that way as slowly things started to fall apart. The mums appeared to be losing their intensity, despite the introduction of 3M teacher Mrs Magrath, they could not galvanise themselves for one final push. Mrs Shekiluwa Cardoso did find time though to leave her mark on her son Gabriel with a fierce challenge! The year 3 boys then began to run away with things. They have been undefeated on the football pitch since they arrived at Papplewick and showed no inclination to let that record slip against their mothers, eventually romping home 17-12 winners. A huge thanks to all the mums who attended, I know the boys appreciated it and had a wonderful afternoon.