Never has 'reading time' been so quiet than after the visit of Sophie McKenzie, author of 'Girl Missing' and 'The Medusa Project' series!

It was a privilege to welcome to Papplewick Sophie McKenzie who has enjoyed great success and critical acclaim in just five years as a published author. 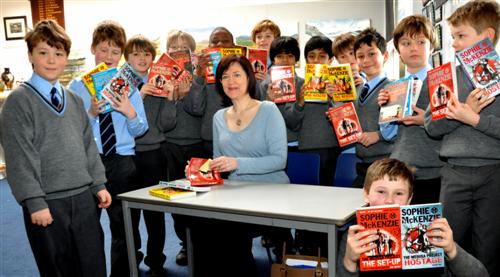 Sophie was born and brought up in London. She has worked as a journalist and a magazine editor, but fell in love with writing after being made redundant and enrolling in a creative writing course. She burst into the publishing world with Girl, Missing her debut novel (published 2006). The Medusa Project series was launched in July 2009, following the thrilling, fast-paced story of four teenagers impregnated with the Medusa gene, a gene which manifests itself in various psychic abilities.

Many thanks as ever to Marlene Dennis for organising Sophie's visit, as well as to Finn McCarthy!