Many congratulations to our intrepid karting team on a successful first outing on the same day Lewis Hamilton won the British Grand Prix! 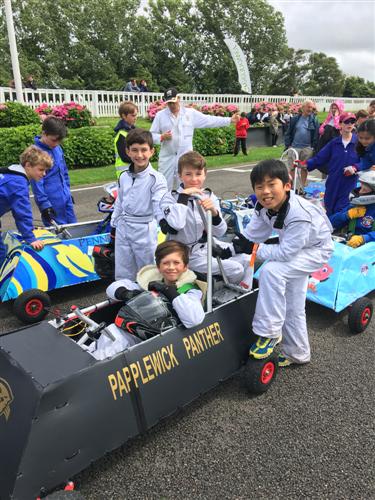 The 2nd challenge was the time trial slalom. Touching a cone added 10 seconds to the timed finish time. This was a tricky task as the cones were quite close. Many boys mowed down at least a dozen cones but a special mention goes to Rei whose steering control was  commendable. 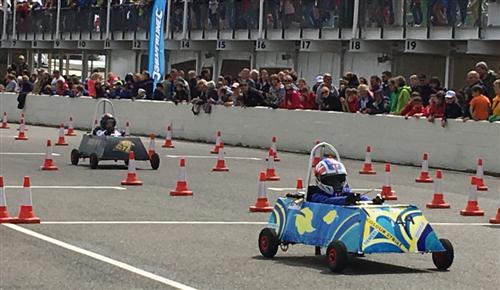 After all the boys had at least one turn on the slalom the next task was the drag race. All karts needed a 2 second push for the belt drive to operate efficiently. Monty and Laurie did well here thanks to their brute pushing strength and their ability to steer a straight line.

After this there was an inter-school relay and a timed pit stop challenge where the team had to remove a kart's wheels, place them on the floor, and then re-attach them to the kart.

The final piece de resistance was the Goodwood lap of champions where all 96 karts made a timed race lap of the Goodwood track. Only one boy per team could take part in this. The lucky boy was Liam Strangemann.

Although we didn't win any prizes, the boys had a great day out, and special thanks go to Mrs. Strangemann for so kindly laying on a van to  make transporting the kart a doddle.