Basketball boys bring silverware back from the National Championships!

Well done to the boys in the Papplewick Pistons who won the Plate competition of the Nationals held at Bradfield College.

The boys played 6 matches in the League stages, beating The Mall, Westbrook Hay and Thorngrove. Losing to Millfield Prep (who ended the day as National Champions) and narrowly to St Martins led to us finishing 3rd in our group and gave us a place in the Plate competition.

The Semi-Final was an intense encounter and went to over-time with Papplewick hitting a late basket to take us through to the final. The final was a repeat performance against St. Martin's, who beat us in the first game earlier in the day. It was payback for Papplewick and a day that finished on a high note. Well done indeed boys, a fantastic afternoon! 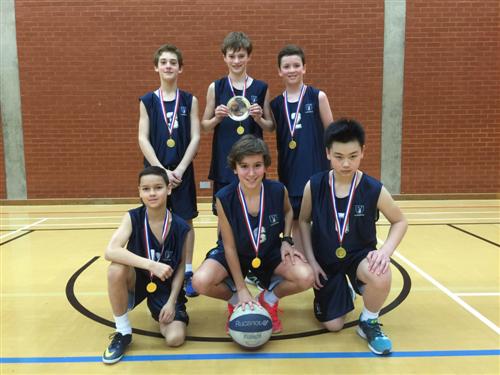